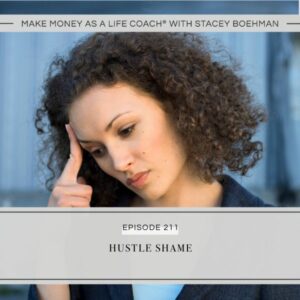 We tend to hustle the most at the beginning of the year and the end of the year, so we can start off and end strong. There isn’t anything wrong with hard work, but if you’re stuck in a cycle of hustling, you’ll burn yourself out. I know from experience.

When someone tells you that you’re hustling too hard, it can often be easiest to get upset with them for challenging who you are or where you might need to grow. That’s why today’s podcast is so important. The place where “hustle shame” shows up the most is with the person most likely to tell you that you need to slow down and take a step back—your coach. Join me on this episode for a look at what hustle really is, how hustle shame manifests, and how you can overcome hustling and move forward. And listen, don’t shoot the messenger! But maybe it’s time you stop hustling and start putting in the consistent, valuable work that shows up for you time and time again.

If you want to start making serious money as a coach, you need to check out 2K for 2K. Click here to join!

What You’ll Learn from this Episode:

Listen to the Full Episode:

Featured on the Show: 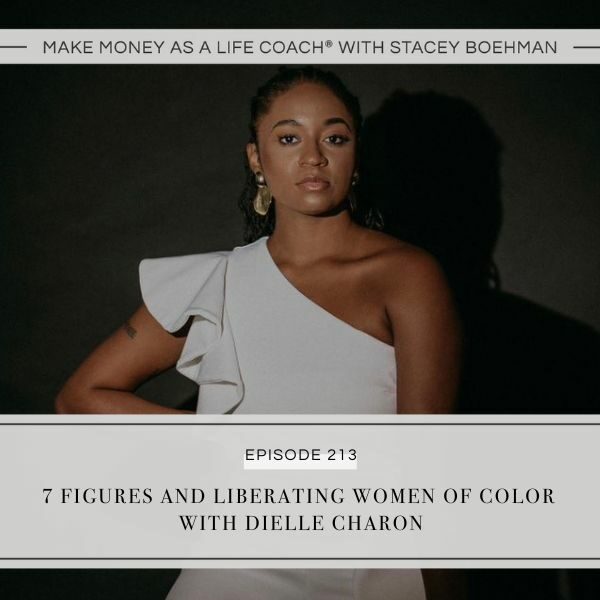 Ep #213: 7 Figures and Liberating Women of Color with Dielle Charon

I’m joined on the podcast today by a very special student, Dielle Charon, who has just crossed the million-dollar mark in her business! Dielle went from having just one client in 2018 and making 2K in annual revenue, to crossing the seven-figure mark not even five...

Now that the new year is in full swing, many of you might feel the need to hustle your way to the results you want, either because you’re in disbelief that you will accomplish your goals, or because you’re dreading the hard work it’ll take and those negative thoughts... 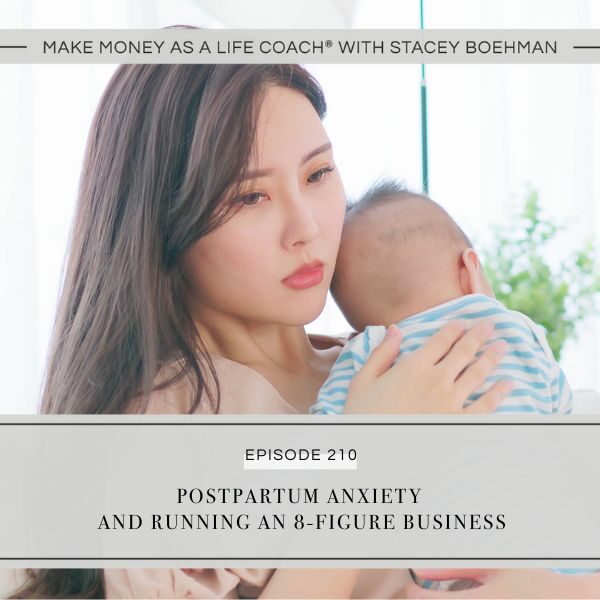 Something I’ve touched on previously on this podcast is my experience of being a new mother and navigating challenges relating to my mental health. So today, I’m sharing my journey with postpartum anxiety while running an eight-figure business, and how I’m managing it...

You can find out more about which cookies we are using or switch them off in settings.

This website uses cookies so that we can provide you with the best user experience possible. Cookie information is stored in your browser and performs functions such as recognising you when you return to our website and helping our team to understand which sections of the website you find most interesting and useful.

Strictly Necessary Cookie should be enabled at all times so that we can save your preferences for cookie settings.

If you disable this cookie, we will not be able to save your preferences. This means that every time you visit this website you will need to enable or disable cookies again.